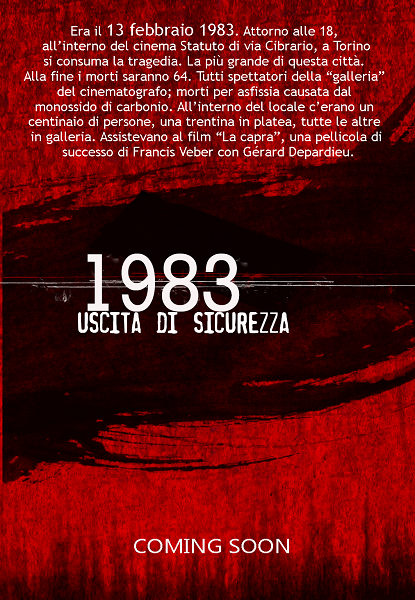 It was February 13, 1983. Around 18.00, inside the Statuto cinema of Turin, the tragedy took place. The largest in this city. In the end there will be 64 dead. All spectators of the cinema gallery; deaths from asphyxiation caused by carbon monoxide. Inside the venue there were a hundred people, about thirty in the stalls, all the others in the gallery. They attended the film "The Goat", a hit film by Francis Veber, with Gerard Depardieu.